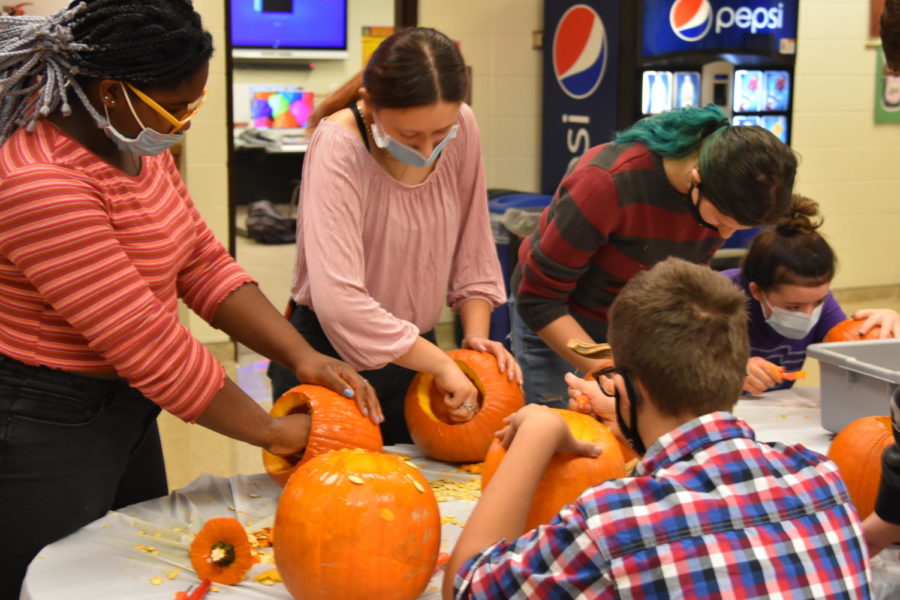 On the other end of the building, the middle and high school students were busy carving pumpkins. The school purchased a truckload of pumpkins and every student had the opportunity to carve one with the design of their choice. Some students went with more minimalist designs, while others spent a whole 45 minutes creating their Jack-O’-Lanterns. After this, the classes participated in a glow-in-the-dark “dragon ball” tournament in the gym. It proved to be more difficult than most people imagined, since the balls were hard to see and dodge, but every class had a lot of fun. The staff even arranged a team and played against the freshman class. The freshmen came out with a win and moved on to play the seniors for the championship game. This last game ended in a tie.