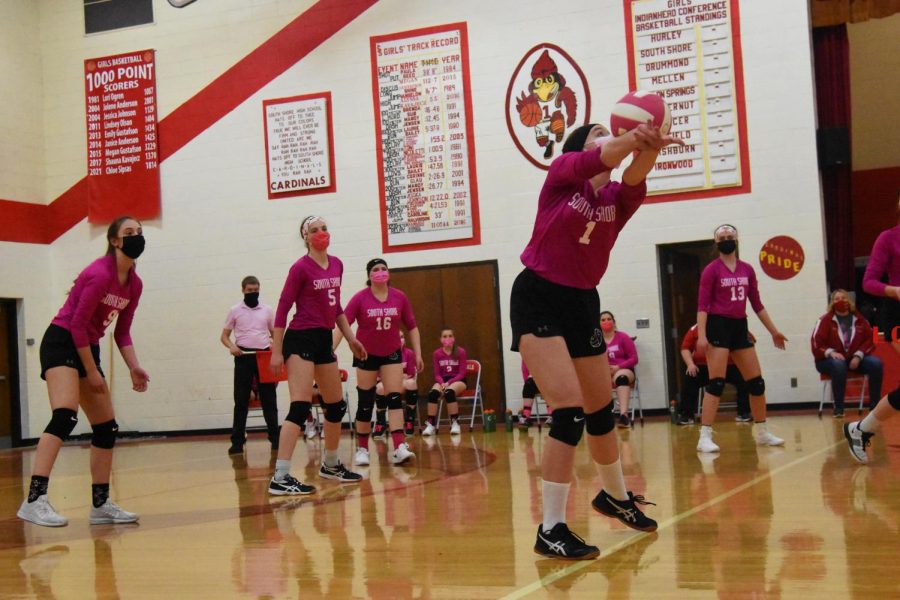 On Monday, March 22, the South Shore Volleyball program held their annual Pink Out against the Chequamegon Screaming Eagles. However, as we all know, things are not normal this year. So, with limited fans, the volleyball team made it work. Instead of hosting a raffle, the team made Pink Out an “I Play For…” night. Students and members of the community were able to make donations and provide a picture of one of their loved ones whose lives have been affected by cancer to be made into a poster to go in the stands. That night’s game was dedicated to those whose pictures were in the stands. The pictures were placed where the camera recording the game could capture them, so that those who donated could see their loved one in the stands while watching online.

The Cardinals, decked out in their pink jerseys, took the win against Chequamegon 3-0. The JV also took home a win in two sets. In total, this year’s Pink Out fundraiser raised $1,130 to be donated to the Berni Scholarship Fund. Thank you to all that made this year’s Pink Out possible!