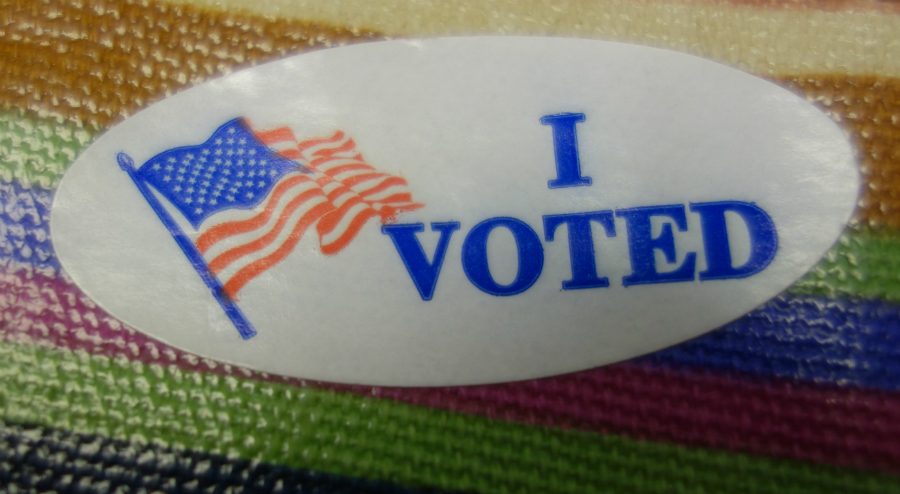 Is America Going To Be Great Again?

The outcome of the 2016 presidential election shocked many and I suppose, made others happy.  While there were other candidates on the ballot, the race was really between Donald J. Trump and Hillary Clinton. This has probably been one of the most intense election seasons there has ever been. According to numerous polls Clinton was ahead for a majority of her campaign. While neither candidate was extremely popular with the people, they were locked into two choices:  Clinton represented logic and the status quo, running on the slogan, “Stronger Together,” while Trump represented change, running on the slogan “Make America Great Again.”

The candidates clashed over numerous topics, including immigration.  According to Hillary’s website, she supports a more relaxed policy with regards to immigrants and immigration than her opponent.  “We are a country where people of all backgrounds, all nations of origin, all languages, all religions, all races, can make a home. America was built by immigrants.” Trump takes the extreme opposite view on immigration.  According to CBS News, then candidate Trump announced “I will build a great wall — and nobody builds walls better than me, believe me — and I’ll build them very inexpensively. I will build a great, great wall on our southern border, and I will make Mexico pay for that wall. Mark my words.” While Trump did say he would let immigrants in legally, his insistence on building a wall and threatening the deportation of thousands of people, has many people concerned. Trump started being known for saying absurd things, most of them were very insulting towards women and minorities.

Another area of contention is the issue of a Supreme Court Justice vacancy.  Trump has been very transparent in his views, saying he would appoint someone who shares his very conservative views.   Why this matters is because if this happens, there has been talk that the court case, Roe vs. Wade – the decision legalized abortion – could be overturned.  Essentially, this case gave women control over their own bodies.  According to Hillary, in the third debate, “I strongly support Roe vs. Wade, which guarantees a constitutional right to a woman, to make the most intimate, most difficult in many cases, decisions about her healthcare that one can imagine.  And in this case, it’s not only about Roe vs. Wade, it is about what’s happening right now in America.  So many states are putting very stringent regulations on women that block them from exercising that choice to the extent that they are defunding planned parenthood, which of course provides all kinds of cancer screenings and other benefits for women in our country. Donald has said he is in favor of defunding planned parenthood, he even supported shutting the government down to defund planned parenthood. I will defend planned parenthood. I will defend Roe v. Wade. And I will defend women’s rights to make their own healthcare decisions and we have come to far to have that turn back now. Indeed, he said women should be punished, that there should be some form of punishment for women who obtain abortions and I could just not be more opposed to that kind of thinking.”

In a shocking upset, Donald Trump ended up wining the election via the electoral college and is our President. Make no mistake, however, that his victory is welcomed by the majority of Americans. Hillary Clinton actually had the popular vote – she got a total of 48.2% of the vote, leading Trump by 2.6 million votes. The last time this happened was during the campaign of George W. Bush and Al Gore. Gore had the popular vote but Bush won the electoral. “The Electoral College is a process, not a place. The founding fathers established it in the Constitution as a compromise between election of the President by a vote in Congress and election of the President by a popular vote of qualified citizens. The Electoral College process consists of the selection of the electors, the meeting of the electors where they vote for President and Vice President, and the counting of the electoral votes by Congress.” (https://www.archives.gov/federal-register/electoral-college/about.html) The more discrepancy between the electoral vote and popular vote used to be rare. Now, however, there’s been a resent push to either revise or eliminate the electoral college and elect a president via national vote.

Trump has just appointed his chief strategist to Steve Bannon. Bannon is the chairman of Breitbart News. This news department has been known to create stories that are very right-wing, insensitive, and highly inflammatory. President-elect Donald Trump making Bannon his chief strategist has people enraged. People on both sides of the aisle are weighing in, voicing their concerns over the controversial appointee. “The appointment by President-elect Trump of a racist individual like Mr. Bannon to a position of authority is totally unacceptable. In a democratic society we can disagree all we want over issues, but racism and bigotry cannot be part of any public policy.” Sen. Bernie Sanders .

If you thought it was over you might want to reconsider. Famous film documentarian, Michael Moore has come out with a bold, powerful statement, “He’s not president of the United States yet.” Moore actually predicted that Trump would become president and he said “I never wanted to be more wrong.” Moore has made his opinion about Trump very clear, cautioning the citizens that the Electoral College has yet to vote. “He’s not president till noon on January 20th of 2017. … That’s more than six weeks away. Would you not agree, regardless of which side of the political fence you’re on, this has been the craziest election year. Nothing anyone predicted has happened — the opposite has happened. So is it possible, just possible, that in these next six weeks, something else might happen — something crazy, something we’re not expecting?”