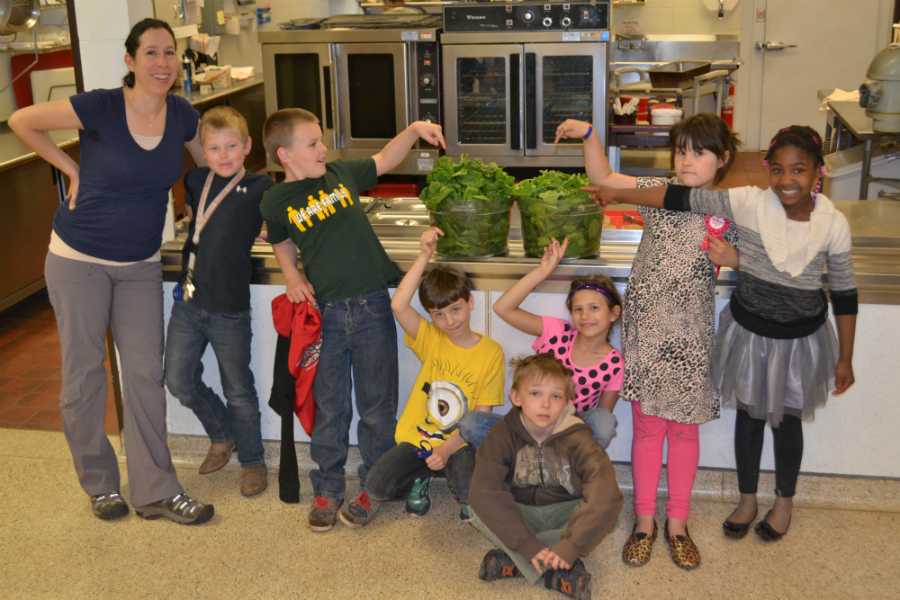 Most people in northern Wisconsin do not associate the month of April as a harvest month for vegetables.  However, at South Shore, April can be, and is a harvest month. Thanks to the high-tunnel greenhouse at South Shore, the school has a harvest of spinach and arugula in April.  Pictured is Ms. McKnight’s second grade class with the spinach and arugula.  The class just finished picking a large batch and they presented the harvest to Linda Moe, one of the school cooks, to use in the lunch program.

South Shore was one of four schools in the area to receive a grant to put in a high-tunnel greenhouse.  It was installed during the summer of 2014, and put into use last fall.  Because of the unique characteristics of the greenhouse, plants can be set in it as early as March and harvested shortly thereafter.  The Kindergarten, first, and second grades at South Shore were instrumental in planting the crop, and the middle/high school project-based learning class watered and weeded the garden.

The school will have more harvests approaching throughout the spring, summer, and fall. The learning opportunities created by the high-tunnel project are numerous and enriching for the South Shore students.