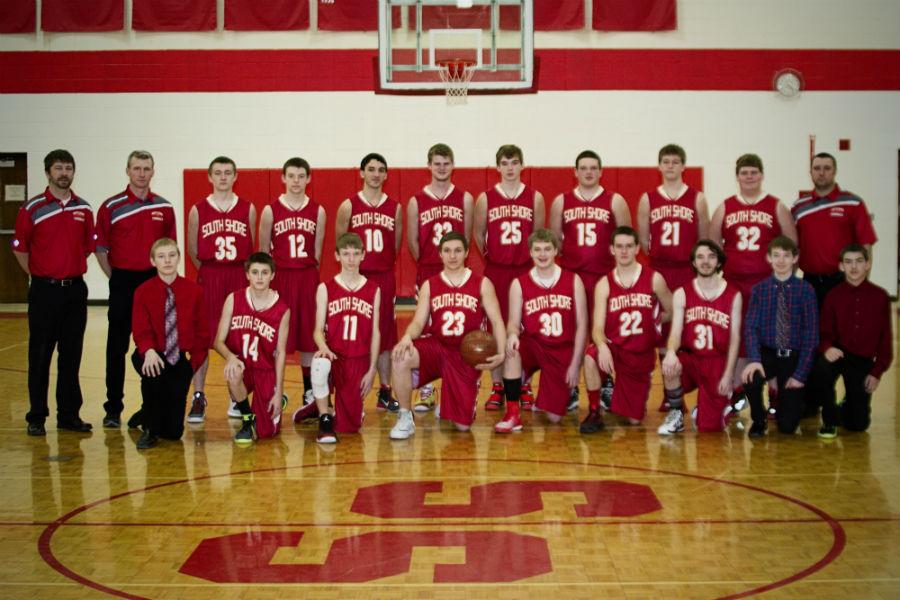 This year, our boys basketball team finished a winning season with a record of 13-12, starting out on a 10-2 record! They beat some very good teams, including Siren, Solon Springs and more. Another great game was played when against Washburn (they are going to state), only loosing by 14 points! Blake Reijo led all scorers averaging 20.7 points per game, and scored his 1000th career point the first round of Regionals on March 3rd, 2015 against Winter. The next leading scorer was another senior, Zeke Nieder, averaging 10.8 points per game. The last of the top scorers was Freshmen Connor Sorenson, averaging 7.8 points per game. For the first time in years, our boys played in the Regional Championship!  The South Shore team was also crowned the Best with the Least Champions for the third season in a row! Congratulations on a terrific season, and thank you seniors for a great four years!