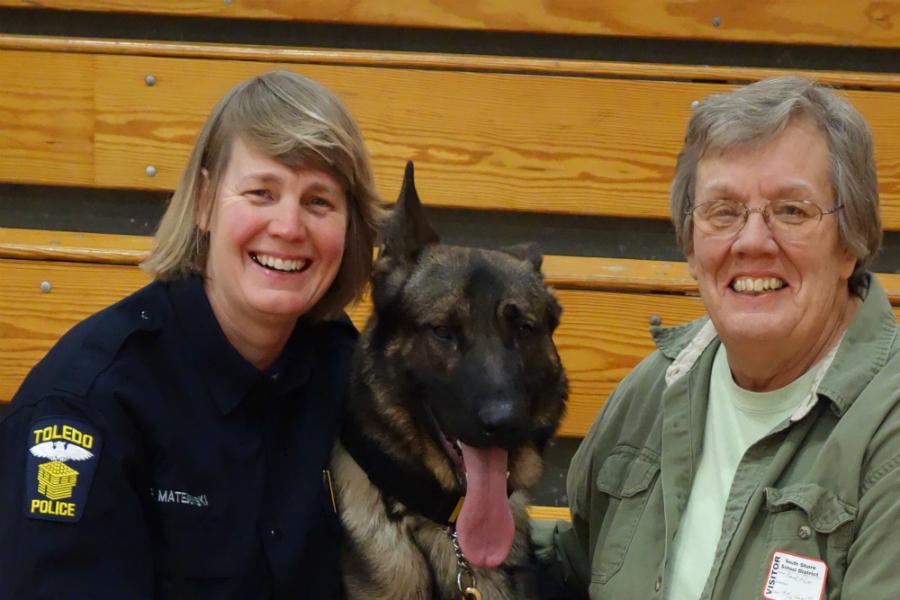 On the 17th of December, South Shore High School was visited by a former graduate and her police dog.  Hugo and his handler, Officer Robin Matejewski, demonstrated their training on detecting explosives.  Hugo is from Slovakia and has been with Robin since the middle of August.  She graduated from South Shore High School in 1990 and has been a member of the Toledo police force for 16 years.  Robin told the students that she and Hugo train in a manner that emphasizes safety.  For example, when he discovers an explosive, he is trained to sit right next to it instead of attack it.  Robin and Hugo train together every day.  Hugo is very protective of Robin, but is trained to only harm someone who would try to physically harm her.  Officer Matejewski came in to dispel to rumor that police dogs are aggresive.

Unbeknownst to the students in the gymnasium enjoying the demonstration, a wayward dog named Rocky decided that this day would be a good day to support his fellow canine.  While Linda Kavajecz located his owner, he spent some time in the entry way with staff.

Students and staff would like to sincerely thank Robin, her mother, and Hugo for taking time out of their holiday season to spend a few hours at the school discussing their jobs.  We thoroughly enjoyed the demonstration and hope that the 2015 year is one that is safe and successful. 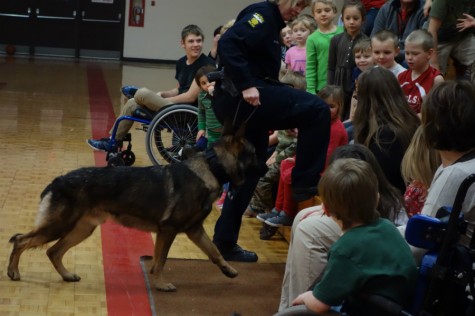 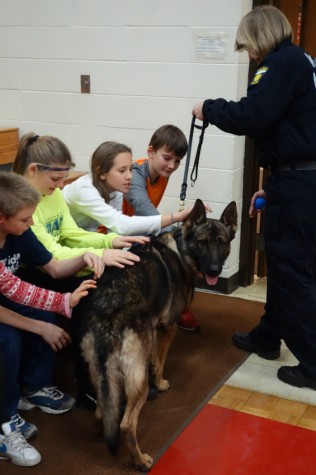 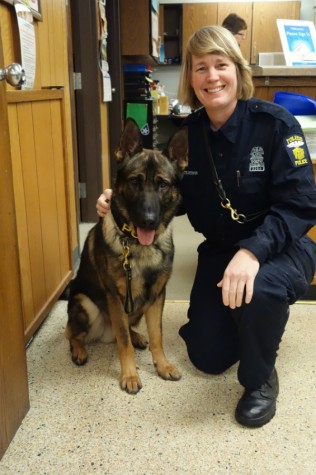 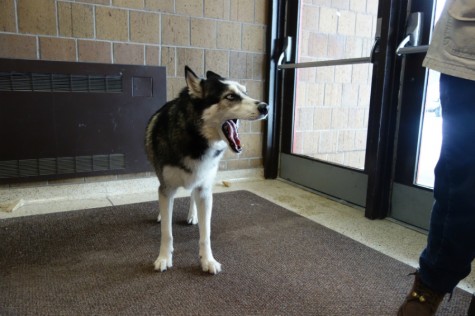 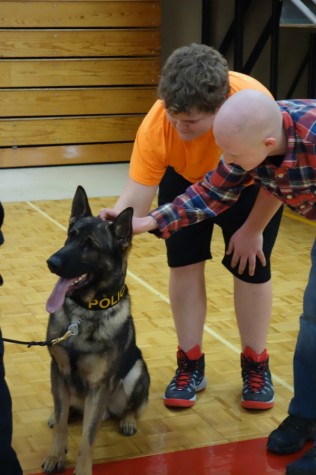